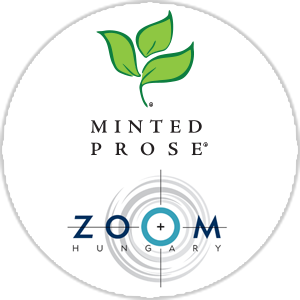 Explores Life in the Austro-Hungarian Monarchy

ZoOm Hungary, a Budapest-based travel company, has launched a new tour In the Footsteps of Amálka. The tour illuminates the times of the young girl who owned the memory book at the turn of the 20th century. It was an amazing period as Linda Fischer found when she discovered the young girl’s memory book in an antique store in Budapest in 2005. Fischer spent nearly a decade exploring Europe, particularly Hungary, to better understand the culture and times. The exploration resulted in The Memory Book: One Woman’s Self-Discovery in the Mist of the Austro-Hungarian Monarchy. It will be a road well-traveled for visitors on the tour. All of these extensive travels were gratefully organized by ZoOm Hungary.

The tour includes seeing romantic Budapest, World Heritage sites, Parliament, and Matthias Church as well as experiencing a speedboat down the Danube and taking an excursion to the Szolnok Art Colony and entering into Transylvania, where the young girl spent holidays and recorded memories of grape harvests.

“The travels for The Memory Book shaped this tour into one that focuses on the historic and modern aspects of Hungary and Transylvania,” said Richard Bogdan, director, ZoOm Hungary. “The people who take the tour will get the full flavor of Hungary’s capital city of Budapest. They will also be taken off the beaten path to Transylvania, the mystical homeland of Dracula. For the adventurous traveler, this tour is an attractive alternative to taking a typical tour of the city and its surrounding areas.”

“The tour brings The Memory Book to life and provides readers with a truly immersive way to experience the story,” Fischer said. “I’m excited that the tour will help the book reach more travelers interested in going to Hungary, especially first time visitors. Anyone who reads the book wants to go to Hungary and those who have been there before and read the book want to go again.”

An expert on the Central European Region, Bogdan is a pioneer of “sight-doing” rather than of sightseeing tours. His innovative ideas led him to create www.zoomhungary.com for his customers. Prior to founding ZoOm Hungary, he was the chief editor of TTG Hungary and Globe Travel & Lifestyle.

About ZoOm Hungary
Richard Bogdan of ZoOm Hungary has over two decades of experience in the travel industry. He has shared his deep knowledge of Hungarian and Central European history, geography, and culture through travel writing and consulting with individuals and companies from around the world. In the United States he has engaged a network of travel agents and tour operators relying on his expertise in individual and group guidance, as well as tour organization. He is a travel agent and a licensed guide of Hungary in addition to being in partnership with the Virtuoso on-site agency for Hungary and the Hungarian National Tourist Office. Richard also works with international media crews covering Hungary and Central Europe, including the Travel Channel, History Channel, ABC, and numerous travel sites and magazines. Learn more about the sight-doing tours at www.zoomhungary.com.