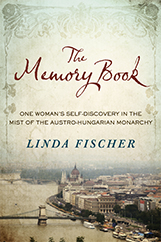 The Memory Book: One Woman’s Self-Discovery in the Mist of the Austro-Hungarian Monarchy

On a short vacation to Budapest, the author finds a small leather book in an antique store. Opening it she discovers pages filled with watercolors, drawings, and messages. The book turns out to be a memory book—a keepsake album kept by Central European girls at the turn of the twentieth century in which to record advice and remember special events. This one contains evergreen truisms and aphorisms written to the book’s owner when she visited places few Americans know. Curiosity and concern propel the author on a multi-year journey into the heart of Old Europe and deep into centuries of art, history, and war. The book lives, the girl lives on, and its message of love finds meaning in our time.

“As a memoirist, Fischer deftly fills the roles of both author and protagonist as she learns about the life of a young Austro-Hungarian girl. . . . This book is a compelling read for lovers of history, genealogy, and nostalgic artifacts...”
—Melissa Wuske, Foreword Reviews (Read the full review here)

“Fischer intersperses entries from the memory book with her own impressions of Hungary as she retraces Amálka’s life and offers her own very engaging look at modern Hungary, its food, culture, and folklore.”
—Vanessa Bush, Booklist

“Fischer’s passion for and knowledge of the history, genealogy, culture, literature, folklore, cuisine and people of the region is so palpable that one could assert that she turns all these into a magical and mystical atmosphere. This may account for the near-decade it took her to complete this project, but the result is a book that garners a treasure and much pleasure for people who enjoy history, travel and memoirs, and for those wishing to know more about Hungary. It is also a compelling read for lovers of genealogy and nostalgic artifacts.”
— Mártha Pereszlényi-Pintér, John Carroll University, Hungarian Cultural Studies. e-Journal of the American Hungarian Educators Association, Volume 10 (2017) DOI: 10.5195/ahea.2017.307 (Read the full review here)

“What a formidable achievement this book represents. There is a palpable pulse-a heartbeat when one reads it. The author’s passion is apparent, and so too, is her knowledge. The research is mightily impressive.”
—Esther Bushell, Book Group Facilitator and Commentator, Literary Matters

“Last summer I traveled and took Eat, Pray, Love. This summer I’d take this one. It’s about connections and community, time travel in the best of ways.”
—Holly Messitt, Co-Editor, New American Contemporary Literature for a Changing Society

“Wow — is one word I can use to describe [The Memory Book]. What a fascinating story. I must admit, even I learned a few things from the book, and I was born and raised in Budapest. The intricate details of the places they traveled to and shops they were in, it was like, I was there. . . . it was truly an uplifting pleasure to read it.”
—Susan Lengyel-McLoughlin, Secretary, Hungarian Freedom Fighters Federation, Washington, DC

“Of the many ways I have seen people embark to explore the wonderful cultural heritage and magical atmosphere of my homeland and our neighbors, Linda’s is probably one of the most imaginative and rewarding. And not just rewarding for her, but also for anyone who reads this fascinating and educational narrative. I am sure it will be a call to adventure that will inspire many to explore the world as she did, especially the part of the world that she did, the countries of the former Austro-Hungarian Empire: Hungary and her neighbors.”
—Magdolna Fekete, Director, Hungarian National Tourist Office, New York

“A fascinating personal journey starting with the chance discovery of a young lady’s ‘memory book’ in a Budapest bookshop. Linda Fischer delves into her own roots by decoding the fin-de-siècle treasure with the help of modern-day migrants in New York City, and the old-world inhabitants of former Austro-Hungary.”
—Marijana Dworska, Owner, Dworski Books, Hay-on-Wye, United Kingdom

“Reading Ms. Fischer’s non-fiction account of an adventure to locate the identity of a girl in a memory book keeps one engaged and eager to find any clues to the young girl’s identity. Ms. Fischer’s presentation of the memory book is on three tiers. One is the actual account of her travels to the Hungary of today and other countries which once belonged to the Austo-Hungarian Empire.

“The second is the interweaving of factual accounts from history and quotes from literary giants which help in the search. The third is segregated sections which inform the reader to a greater degree of the places or persons who are mentioned in the text.

“As a woman of Hungarian birthrite, it was a return trip in spirit and evoked vivid memories and emotions which still tie me to the small nation of Hungary.”
—Éva Szabó, President, Cleveland Hungarian Heritage Society, Cleveland, Ohio

“If you’ve ever been transfixed by a one-of-a-kind item found in an antique shop, drawn into a world far from your own, wondering what kind of juicy stories that item could share, then ‘The Memory Book: One Woman’s Self-Discovery in the Mist of the Austro-Hungarian Monarchy’ by Linda Fischer is your kind of story.

“It is a compelling read for anyone who loves history, culture, literature or the region — or has ever before been consumed by an obsessive quest.

“More than this, Fischer provides a unique way of discovering a land that to you may be very foreign or all-too-familiar. It allows the reader to view the region, its people and its culture through the eyes of a young, curious girl or through those of a seasoned, inquisitive traveler.

“This is not your average memoir or travelogue; it is an engrossing experience that allows you to discover the lives of two women — divided by a century and yet intertwined in their desire to share their memories.

“Fischer’s ‘The Memory Book’ offers a welcome modern addition to this tradition, admittedly for an adult audience. Her passion for the history, culture, literature and people of the region shine through and readers will find themselves illuminated through her own experiences. While sharing in this once-popular pastime for girls is sure to appeal more to the female-oriented ‘Eat, Pray, Love’ audience, there is enough insight, intelligence, and introspection to keep even the most knowledgeable Hungarophiles interested.

“So if you're looking for the Austro-Hungarian equivalent to ‘Eat, Pray, Love’, an engrossing summer travel companion or an interesting primer into turn-of-the-century Austro-Hungary, pick up a copy of Fischer’s ‘Memory Book’. Or you could pop into an antique story and begin your own nine-year journey...

This book recounts my travels in Hungary and Central Europe, which began in 2005. I expected the trips with my husband, Phil, would be uncomplicated sojourns: new places, new friends, and more pictures. Yet they lingered and wove themselves into the whole of my life.

I call this story The Memory Book: One Woman’s Self-Discovery in the Mist of the Austro-Hungarian Monarchy because in the process I became deeply immersed in Hungarian culture and history. This swept me into centuries past. There I saw myself among ruins, enormous castles, and dreams of things that never came.

In 2005, I learned that 1848 stood out as a seminal year. It cast the die for Hungary and Europe over the next 150 years, providing context for my own travels.

John Paget’s Hungary and Transylvania (1839), published a decade before Hungary’s War of Independence, became a favorite guide. It proved so helpful that I purchased a rare first edition.

Paget would be tickled if he knew that I found his travels thoroughly engaging over a century later. He was a noted intellectual and won an esteemed award at the Paris World Exhibition in 1878. Paget died in 1892 and is buried in Kolozsvár, now Cluj, Romania.

I haven’t seen Paget’s tombstone in Cluj but he deserves recognition through the ages for his passion in producing accurate and fair volumes about Hungary and Transylvania. This struck a nerve with me as I found myself walking down his path, thrashing with the same concerns Paget so eloquently expressed in his preface:

Before proceeding with the Work, there are one or two matters which I may as well explain to the reader. Such a mark of my confidence will, I trust, incline him not only to treat me more leniently, but enable him to also to judge of me more fairly, and so accuse me only of those faults of which I am really guilty.

I would not willingly deceive him in anything....

That I have fallen into many errors I feel certain—not that I have spared either time or trouble to avoid them; but seeing how many other travellers have committed, which I can detect, I cannot hope that I shall be able to escape clear from their scrutiny....

Aspirations always extend beyond the horizon but there does come a time when a book should be set free for people to read and enjoy.

At first broach this history seems ancillary to anything in our century, but it served as central to my understanding of how Europe got to where it is today.

Tales from other travelers long since gone embellished my views of the past, intertwining with my present. Most of these intrepid travelers were socially connected and financially able to choose a lengthy and arduous trip through dangerous territory—for pleasure. The locals thought these travelers were crazy.

The answer for my interest was similar to the reason others gave for going there. Their specific thoughts about the place drove their interest, as they did mine. More than a century ago, each of the travelers had an individual point of view and their stories were not always harmonious. I shuddered reading vehement denunciations of authors, people, and ethnic groups that seemed blatantly libelous to my twenty-first-century sensibilities. I appreciated their courage in going to Central Europe for the sake of adventure. While my travels were far more controlled—on buses, in cabs, or in cars with a guide—the excitement of the early travelers spoke to me in their writings. In time, their words reflected back to me like echoes in a canyon. I have included the truest sounds of the past that resonated with me.

My story naturally mentions people who lived a long time ago. I used the English version of their names. However, the more I worked on the story, the more I wanted to leave their graceful Hungarian names, which I did if they were recognizable. I also used American-style dates for simplicity, rather than the more formal Hungarian style that evokes early twentieth-century elegance. Americans would write May 25, 1919, October 8, 1906, and October 12, 1907, where Hungarians might use:

Poetry plays an important role in Hungarian culture and in the lives of the people in my story. I searched for the best English translations of Hungarian poems from the late nineteenth and early twentieth centuries and found them in the works of British linguist Edward Dundas Butler, a librarian at the British Museum; Sir John Bowring, a writer and former governor of Hong Kong; and William N. Loew, a prolific translator of Hungarian poetry. For a few dollars I bought a used copy of Loew’s Modern Magyar Lyrics (1926).

I tenderly turned the yellowed and frayed pages and in the preface I read that Loew was a transplanted New Yorker. Son of a Hungarian rabbi in Szeged, Loew immigrated to the United States at the age of nineteen, just after our Civil War, ultimately becoming a New York lawyer. He completed Modern Magyar Lyrics but died before it was printed. I found my own joy in his translations. A reader can find snippets of Hungarian poetry in the addendum of this book. 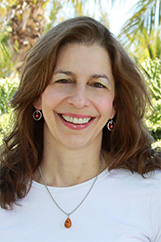 Linda Fischer is a global traveler with a passion for literature, languages, and the people she encounters along the way. A devoted student of the Hungarian culture, she spent nine years traveling and researching The Memory Book. This is her first book.